Everything You Need to Know About Myopia Control

Myopia is a progressive condition that causes difficulty focusing on objects that are at a distance. Categorized as a “refractive error,” myopia occurs when light does not bend properly as it enters the eye.

Typically, light refracts onto the retina, which creates a clear image to be sent to the brain. When the eyeball is too long or the cornea is too curved, the light can’t refract onto the retina and will often focus in front of it, creating blurry vision.

Myopia is a common condition that affects an estimated 25% of Americans. The exact cause of myopia is unknown, but there is significant evidence that myopia is inherited if 1 or both parents are nearsighted.

Although it’s been determined that myopia is most often inherited, its initial development can be affected by daily habits and how someone uses their eyes. Beyond your genes, your daily habits from childhood to adulthood can significantly affect your ocular health and vision.

Various studies have shown that exposure to sunlight, time outside, and physical activity can have a positive effect on the progression of myopia. Often, myopia can worsen due to the eyeball growing too long, called axial elongation.

A study performed in Taiwan had different groups of schoolchildren spend at least 11 hours per week outdoors. The study resulted in the children that spent more time outside had significantly less myopic shift and axial elongation than others that spent more time indoors.

Additionally, a study conducted by Dr. Nina Jacobsen of the National Eye Clinic in Denmark found that “physical activity was inversely associated with a refractive change toward myopia.” The results indicated that the progression of myopia could be significantly reduced or avoided by physical activity.

It has also been noted in various other sources that a prolonged amount of near work can increase an individuals’ chances of developing myopia. In children, limiting the amount of time they spend focusing on objects up close and taking adequate breaks can give their eyes a chance to rest and adjust.

How is Myopia Treated

Myopia cannot be fully corrected permanently without surgical intervention. However, specialized treatment methods have been developed to slow the progression of myopia and prevent further vision loss and high prescriptions.

Single vision eyeglasses are the most common treatment for myopia, providing an artificial lens for light to pass through. The lens helps light refract properly on the retina, sending clear images to the brain.

However, single vision eyeglasses are considered the “worst type” of myopia control. Studies have suggested children that require vision correction and wear corrective lenses full-time may experience myopia progression at an accelerated rate.

Single vision eyeglasses to maximize visual acuity in children with myopia can be compared to installing studded tires on your car year-round. They will help a few times, but cause your vehicle to burn unnecessary amounts of energy otherwise.

Multifocal spectacles are lenses that feature more than one prescription power in each lens. Typically, the lenses will have a lens power for near vision at the bottom of the lens and distance vision at the top. Different styles of multifocals will feature a gradient shift between lens powers, or two distinct powers split down the middle.

Using multifocal eyeglasses to correct myopia has been effective in slowing the progression of the condition. One study showed a 20% reduction in myopic progression when compared to patients wearing single vision lenses.

It’s thought that multifocal spectacles work to slow the progression of myopia by lowering the accommodative response when changing focus between objects at varying distances.

Myopia is often the result of the cornea becoming too curved to refract light onto the retina properly. Orthokeratology lenses, or Ortho-K, are specialized rigid contact lenses that are used to flatten the cornea. They are often worn at night and removed during the day to correct vision temporarily.

The effects of orthokeratology can be reversed, as they need to be continually worn to have lasting effects. Studies have shown that Ortho-K lenses can slow the progression of myopia by up to 56% compared to treatment with single vision lenses.

Atropine is a solution that is commonly used, at its full concentration, as a nerve agent and for insecticide poisoning. However, in low doses, atropine is used as an effective treatment for myopia control.

Low-dose atropine is administered in eye drops and is considered one of the most effective treatments to slow the progression of myopia in children.

Overall, myopia has a variety of options to halt its progression and prevent future vision loss. The experienced and highly-trained optometrists at Park Slope Eye can point you in the right direction regarding your eye health. Please don’t hesitate to reach out if you have any questions or concerns! 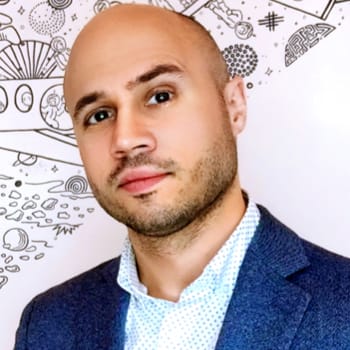